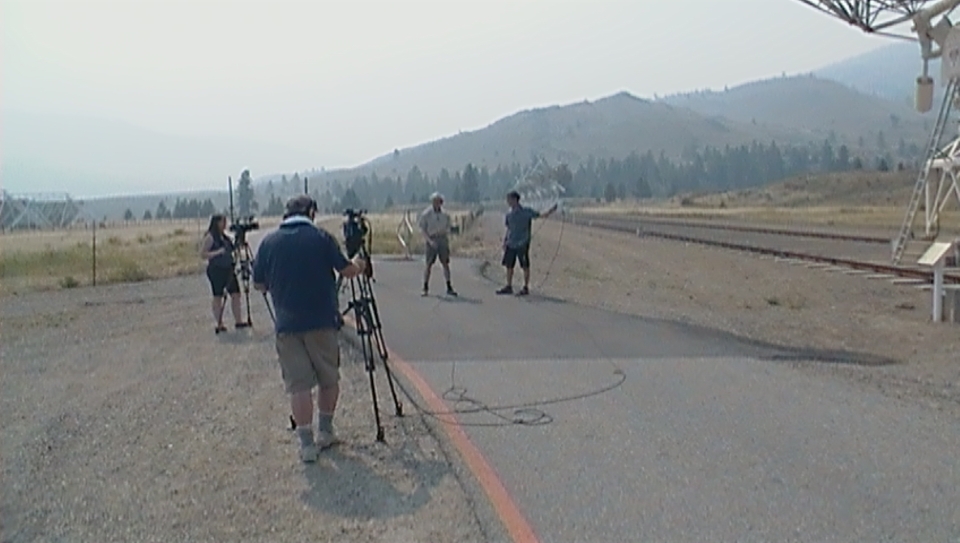 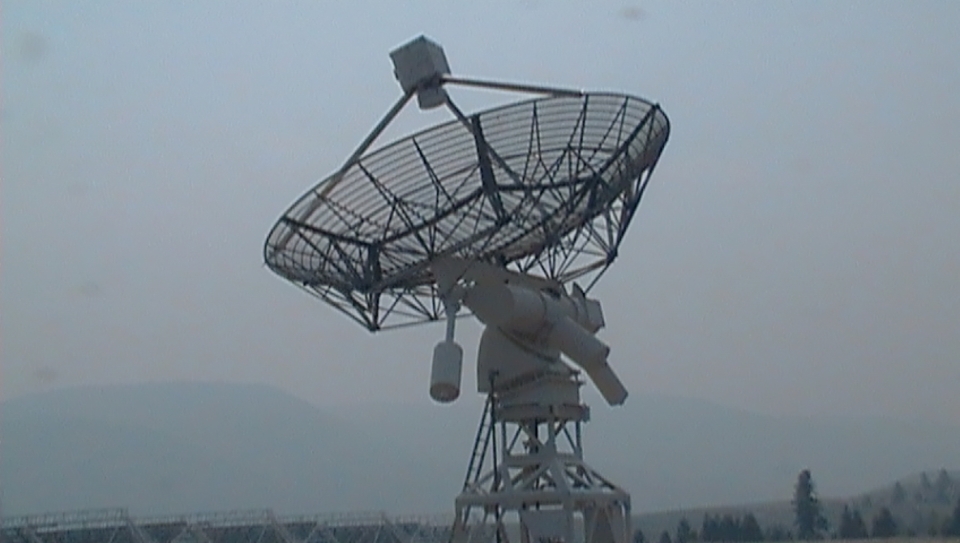 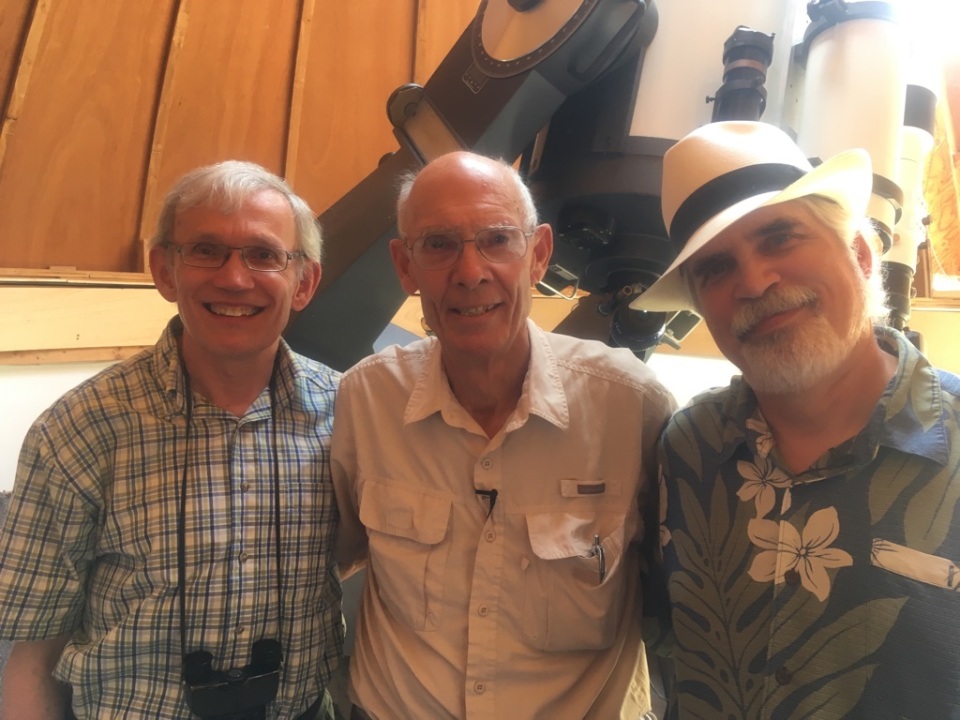 Steve, Charles, Brittany of the filming crew and Dan Posen from the Victoria Centre RASC in front of the Plaskett Observatory

I jumped in the TV truck Monday morning with Steve and Brittany from Coast Cable and headed off to Vancouver Island to for a whirlwind visit to the DAO (Dominion Astrophysical Observatory), NRC Herzberg Institute, the Center of the Universe, and the VCO (Victoria Centre Observatory) to get footage for the second season of our Night Lights TV show. We did interviews with graduate student Dan Posen regarding the history of the DAO, which is coming up on its 100th birthday and is still in use. We interviewed Dimitri Monin, the technical director of the Plaskett Telescope, about its structure and operation. We interviewed Dr. Dennis Crabtree, the acting director of the NRC Herzberg Institute, regarding the many telescopes that the NRC manages as well as the telescopes they intend to build in the future, such as the 30 meter mirror telescope. The blue line you see on the parking lot behind us represents the diameter of that 30 meter telescope. We also interviewed Victoria Centre member Diane Bell and toured the VCO with her and Dan. It was a very productive session.

Steve and Brittany speaking to Dimitri Monin (in the background gesturing) and Dr. Crabtree (in the Hawaiian shirt) at the base of the Plaskett telescope

Charles and Mike getting ready to record episodes of Night Lights

Got the first 8 episodes of the second season of Night Lights as well as a lot of the mail bag sessions taped today at Coast Cable’s studio at Elphinstone Secondary School in Gibsons. Hope to get the last episodes filmed this coming Thursday.

Our Night Lights TV show on Eastlink Coast Cable is being uploaded to the On Demand system this week and hopefully will be available by the end of the week. Steve Sleep of Coast Cable informs us that it will be upconverted to HD. We submitted topics for the second season and will start filming in April.

working on the first episodes of our TV show 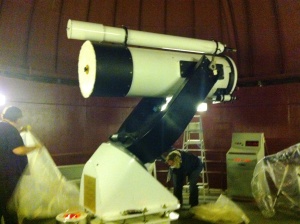 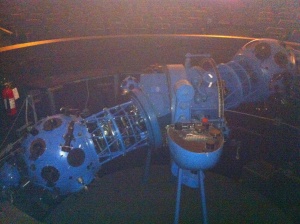 “Harold”, the retired projector in the HR Macmillan Space Centre Planetarium. A year ago a new computer projection system replaced him.