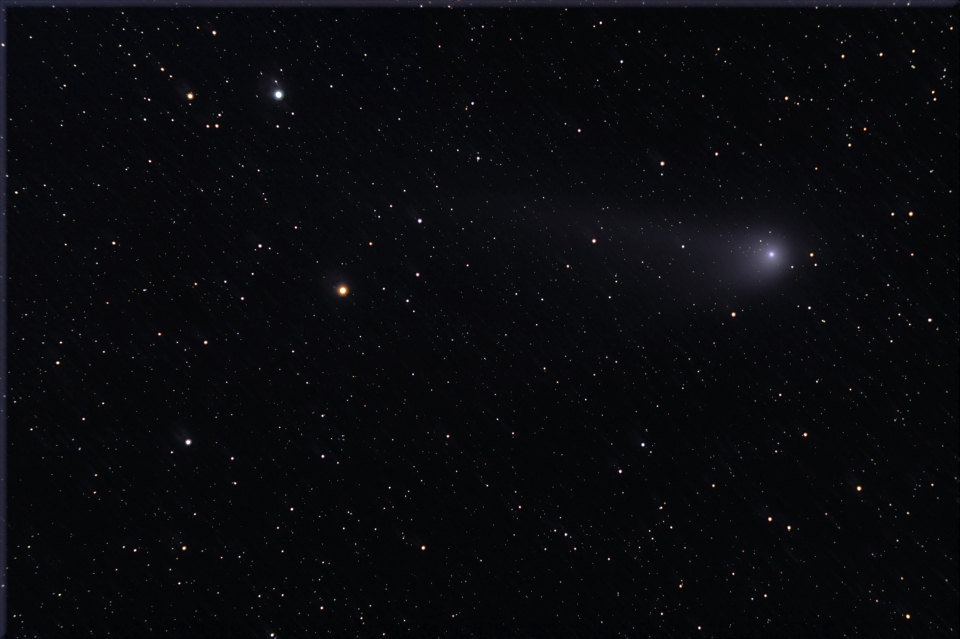 Comet US10 Catalina was discovered on October 31st, 2013 during the routine Catalina Sky Survey sweeping the sky for comets and asteroids. Originally it was Mag 18 object but brightened considerably, last week it was at Mag 7.8 mag and visible in binoculars. While comets are notoriously hard to predict, Catalina is expected to fade rapidly now.
I imaged the comet on Feb 8th from Roberts Creek with a Megrez 120mm, Canon 60Da, it is a stack of 17 x 2 minute exposures at 1600 ISO with darks, flats and dark flats applied using Deep Sky Stacker. The comet was in Camelopardis at the time of the image at a DEC of about 74◦, just below Polaris. Time is running out to see Catalina, so grab the binoculars on the next clear night and look north! 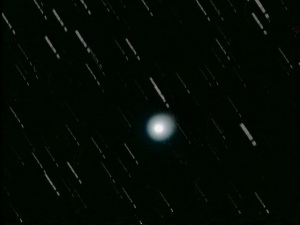 Comet Lovejoy c2014/Q2 continues to impress. On Sunday night I tracked it for 2 hours taking a series of 7 second exposures on my Mallincam. Each image was separated by 2 minutes. I then stacked the 60 images using the comet as the reference. The result showing the star trails around a nice comet core is attached.

I want to share some photos that members got of Comet Lovejoy.

Clear skies on the 7th of January gave our past president Mike Bradley his first opportunity to view comet Lovejoy, and it was pretty impressive. He could see it with binoculars without trouble but in his telescope its head made up a full half of his 26mm eyepiece. He took this photo with a DSLR camera, a simple stack of six 20-40 second images. There is even some evidence of a very faint tail in the photos that wasn’t visible in the scope only view. Mike tried using a UHC filter but it didn’t lead to any improvement. Mike did not have star tracking turned on. Fortunately the comet is moving relatively slowly so there wasn’t too much blurring. 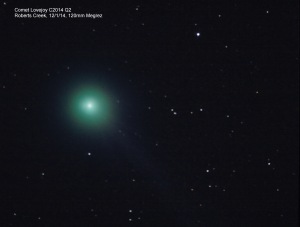 Comet Lovejoy photographed by our past president Mike on Jan 7

On the fifteenth Mike tried again: Visibility wasn’t as good, but he got a sharper focus

Image of Lovejoy from Jan 15

On the 21st conditions in Roberts Creek were not so good but they improved a bit later. Mike shot a stack of 10 x 120 second images at 800 ISO. This time the tail is starting to show!

Comet 15P/Finlay is back and apparently it has reached a brightness level making it visible in binoculars this time. Currently it is visible in the western sky at the end of evening twilight.

Comet Lovejoy photographed by our past president Mike on Jan 14

If you haven’t seen comet Lovejoy yet its putting on its best show now and during the upcoming moonless nights. Its up pretty early now and is now above Orion, not below.

I saw it last night through a foggy sky in my 70mm binos and it was very bright, large and diffuse. I would think it would be an easy naked eye object from the sunshine coast on a clear evening.

Charts can be found at
http://www.skyandtelescope.com/astronomy-news/observing-news/binocular-comet-lovejoy-heading-c2014-q2-lovejoy-1211142/

I have attached an updated finder chart for Comet Lovejoy. It is higher and brighter and should now be much easier to find. If you know Orion use some of its brighter stars to form an alignment with the Comet. The moon is a bit of an issue at the moment and I haven’t tried it for a couple of days but I will try tonight and pass along my results. I suspect it should be visible in binoculars in spite of the moon. 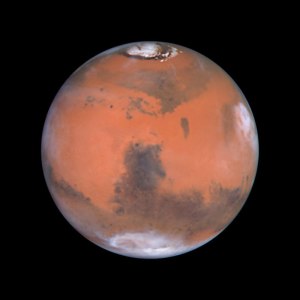 This is amazing to me. We, humans, currently have 5 craft orbiting one planet, Mars, and 2 landers on its surface. All this to help satisfy our need to learn. A comet happens to come by so 3 of them duck behind Mars for a short period just to be safe and then all 5 orbiters proceed to study the comet and send data back to us on Earth… and all this was accomplished by 5 small groups of people with computers sitting in control rooms in various countries here on Earth. What a great time to interested in science! Check out the article from Sky and Telescope.