Bravo has finally released the Starry Nights film! You can view it here and the poster here: starry-nights-poster

Closing In On the Fine Cut

Jeff, Dodie and Charles in the office at Merit Motion Pictures working on editing Starry Nights

I spent the last 6 days in Winnipeg in studios at Merit Motion Pictures and MoonGazy Films working on turning the rough cut of our Bravo film “Starry Nights” into a finished film. We worked on recording voice overs, editing, special effects and art work, adding astrophotography, adding the music, and creating the credits. This week it will be going to technicians for color correction and sound editing. By the end of this week we hope to have it wrapped! 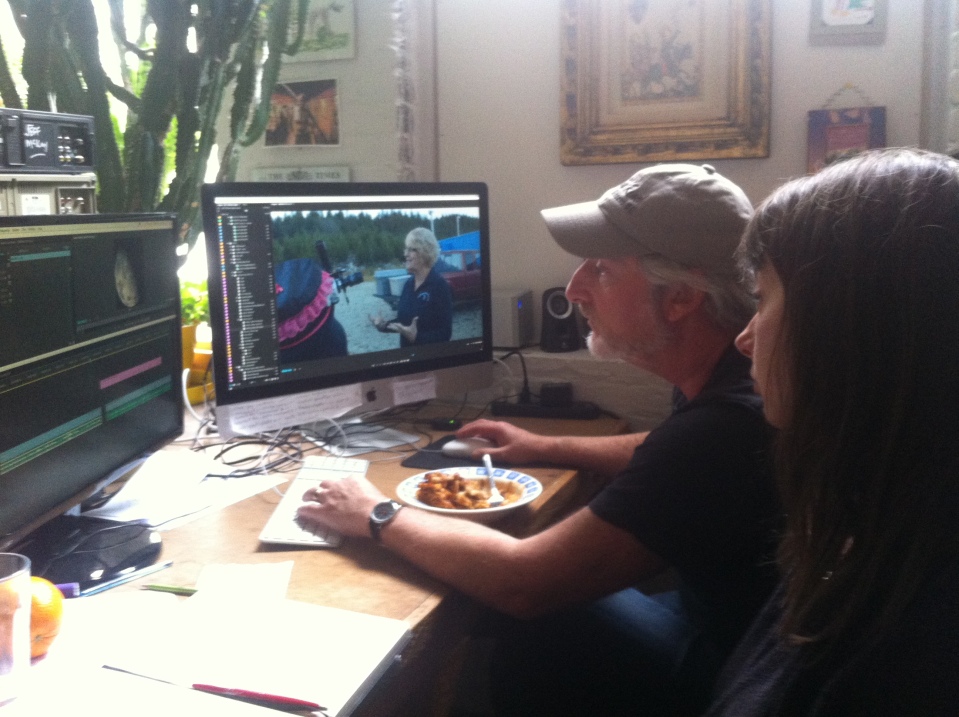 Jeff and Dodie working through lunch to get the film edited. 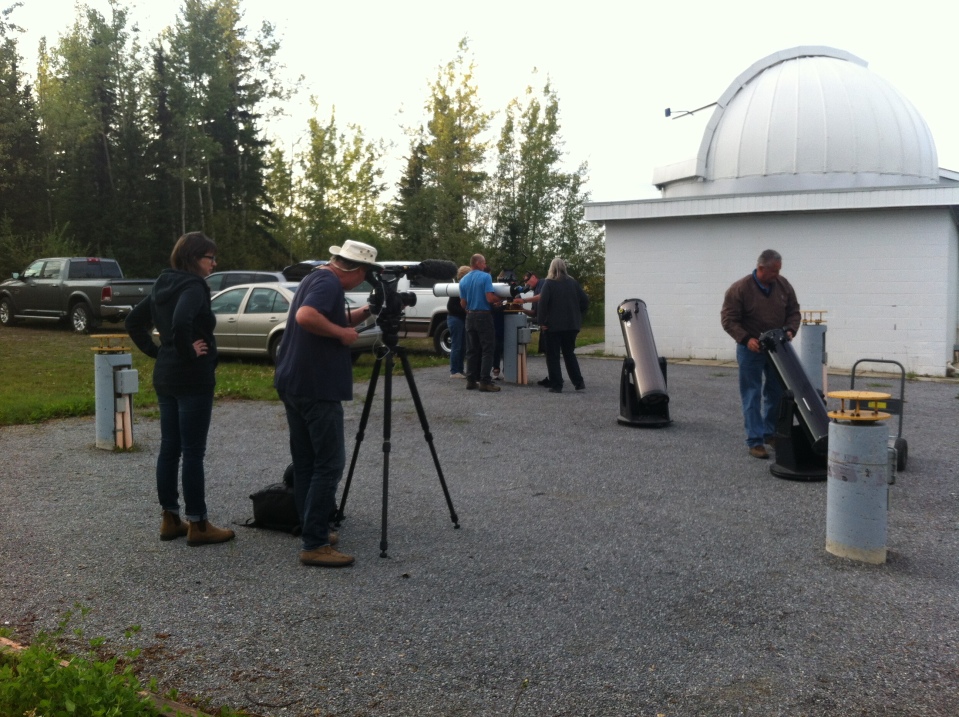 Filming at the observatory of the Prince George RASC

Last night we finished 13 days of filming interviews, star parties, observatories (optical and radio telescopes), night skies and assorted b roll in Prince George, Kelowna, Penticton, and the Sunshine Coast. We got all that we hoped to capture for the BravoFACTUAL “Starry Nights” project as well as key footage for the proposedTelus Optik “Astronomers Like You” project. We hope to get a go ahead from Telus in the next few weeks. Now its time to get down to editing and making this all into documentaries. Many thanks to the many people who helped us in the last 13 days! 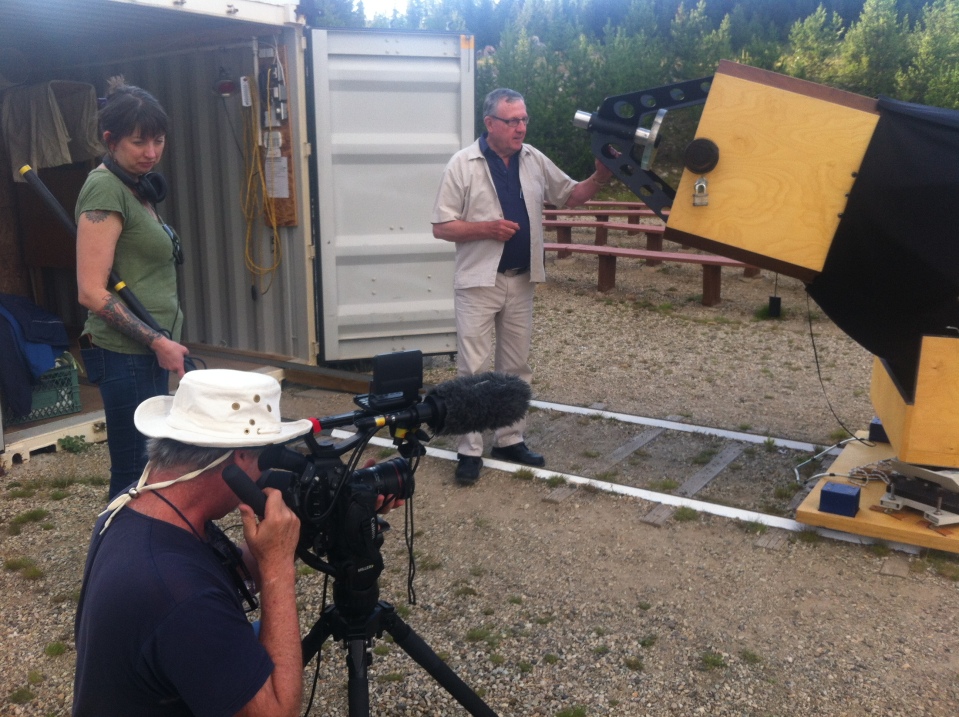 Filming at the observatory of the Okanagan RASC

You may recall that last February Dodie Graham-McKay and I submitted a proposal to the Bravo Network for a 15 minute documentary with the working title “Starry Nights”. Bravo contacted us two days ago to give us the green light! The announcement was posted on Real Screen here. In the next few weeks Dodie will be coming out to work on this with me as well as to fine tune the final proposal for the other project for Telus Optik. 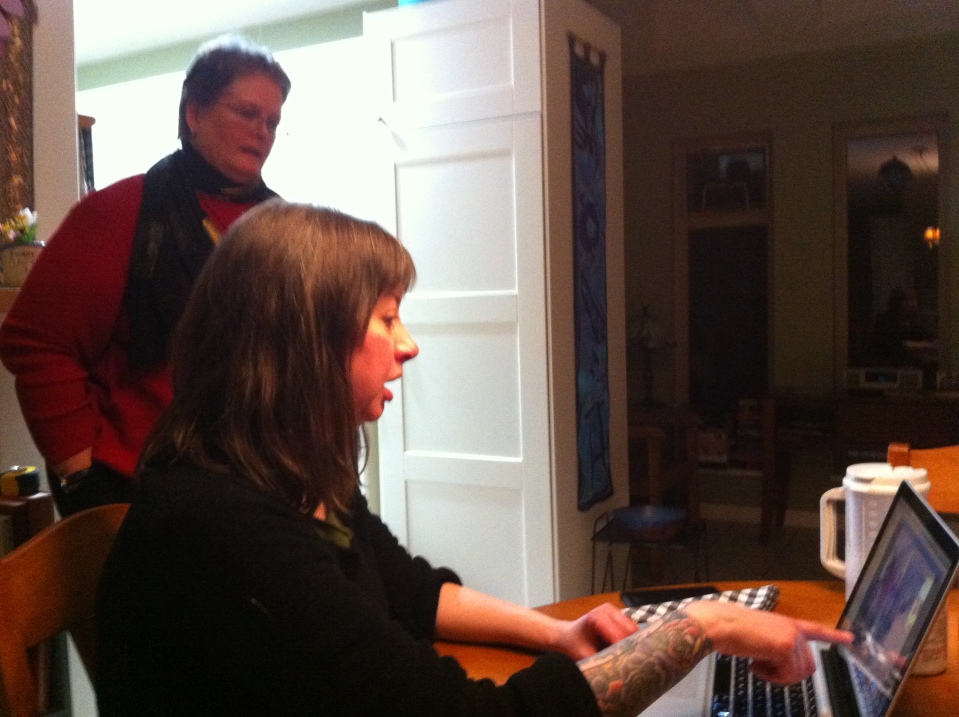 This weekend Dodie Graham-McKay flew out from her home base in Winnipeg to brainstorm with our members at my home, hang out with our members at Astro Cafe, visit the observatory, and spend many hours writing proposals and concepts for our BravoFactual TV project with me. Thanks to all of the members who participated: Your input was invaluable. We came up with a well polished project outline, visual reference, budget and technical reference for the application, which is to be submitted Thursday, 25 February. The jury will be examining this and all the other applications for three months: We should have news about whether we’ve been accepted at the end of May.