I spent 6 hours at Dreamberry Studios in Roberts Creek on the set of APTN’s Coyote Science show helping them film the green screen segments for the beginnings and ends of the various episodes. We were helping them back in March when we posted this story. The director required telescopes and astronomical equipment for the set which we provided. Later some of the crew came up to the SCC Observatory to take a look. 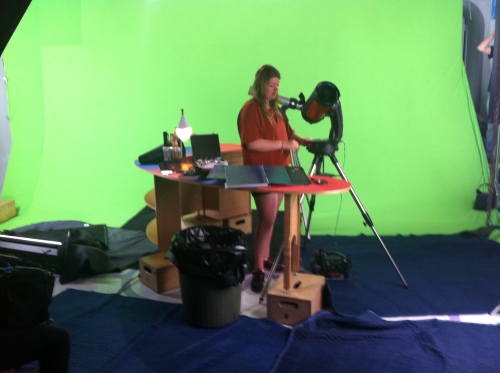 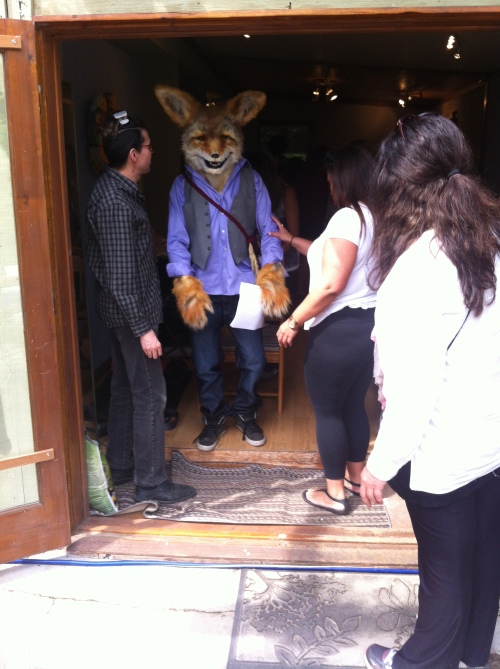 Getting the actor playing the part of Coyote into costume

By sunshinecoastastronomy in TV on May 15, 2016.
← Transit of Mercury Report: 9 May Science Odyssey and International Astronomy Day →