Transit of Mercury Report: 9 May 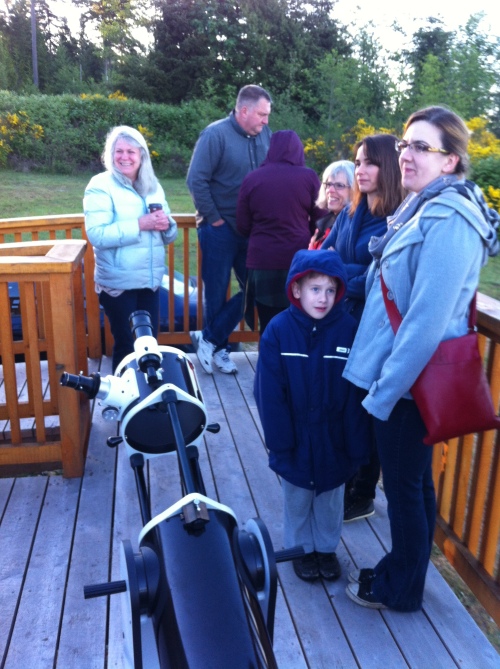 Families waiting to view the transit of Mercury

Mike Bradley and I were up at the SCC Observatory at 5:30 AM to open up and several members of the public were there at first light to view the transit of Mercury. The transit, which began at 4:12 AM before the sun rose, was in progress as the sun cleared the trees. Steve Sleep from Coast Cable showed up to do interviews and film the action. 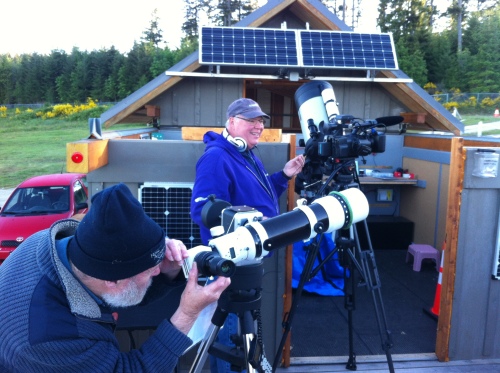 By the time the day was over we’d had 10 of our members, 1 Vancouver Centre member, and 21 members of the public drop by to view the transit. Mike and Danny got photos and Mike got some video of the event as well. 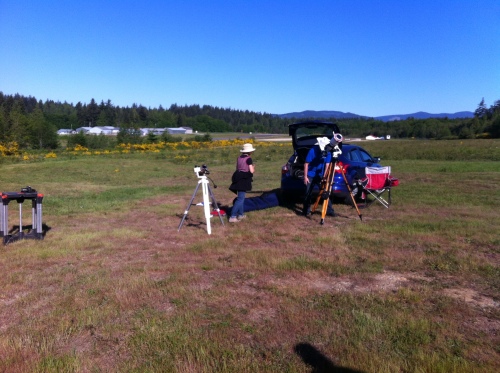 Many members brought their own solar scopes

We collected $114 in donations during the event. 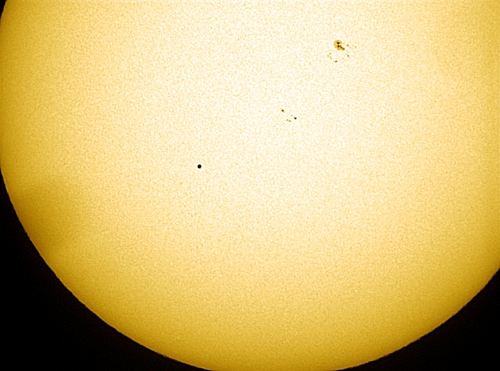 That round dot on the lower left is Mercury. Photo by Mike Bradley